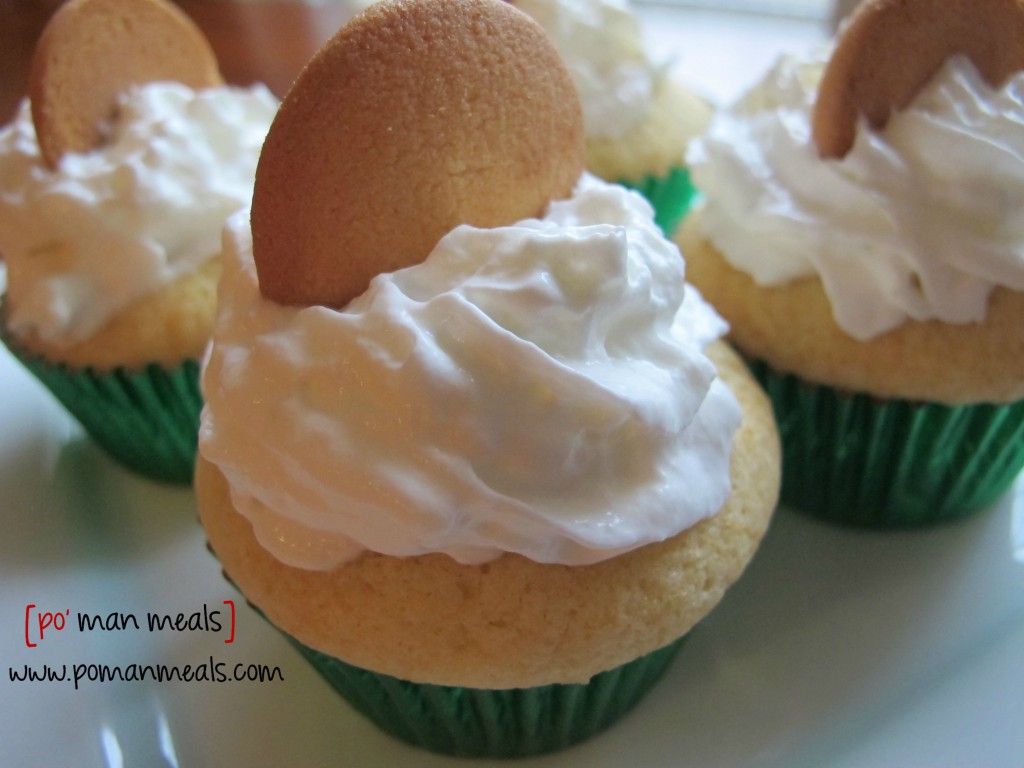 my mom use to make banana pudding all the time.  she still makes it for me today!  this was my play on one of my favorite desserts.  this dessert, however, is not a cupcake that will last long.  since you are not piping frosting on top, but using whip cream, these cupcakes should not be made in advance.  i hope you enjoy them as much as we do!