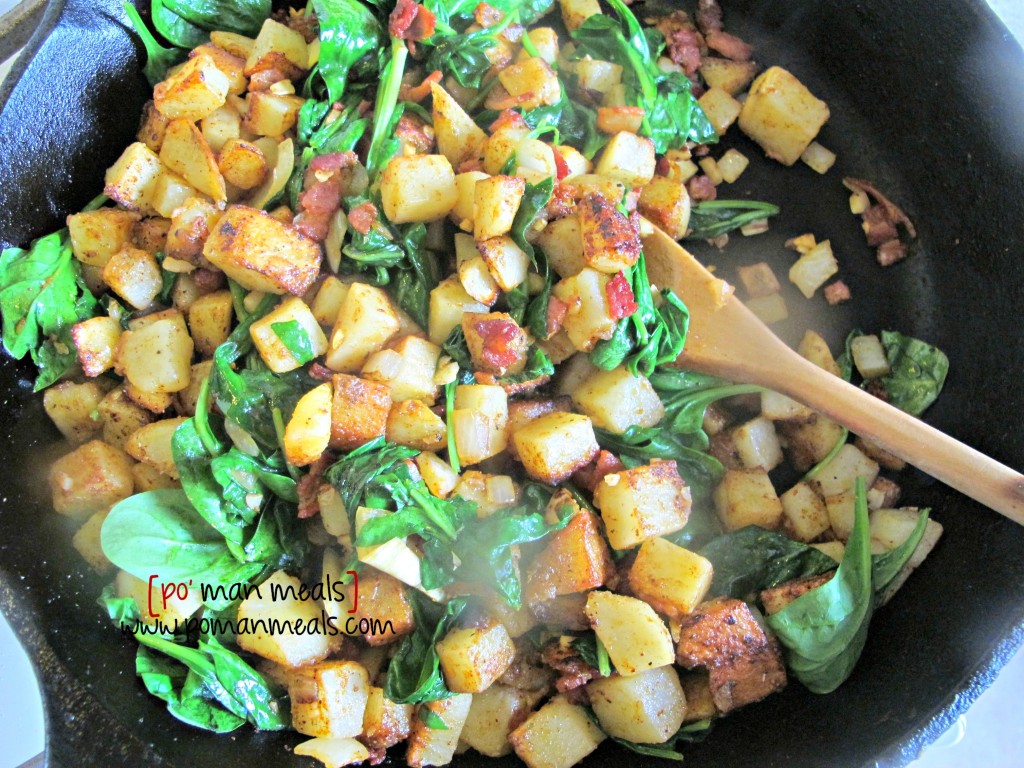 this recipe was absolutely another pantry dish.  i knew i had potatoes in the pantry and this lonely bag of spinach in the refrigerator.  surprisingly, a pack of bacon managed to sneak past my family and stay in the meat tray in the fridge for a few days!  we are slippin' and loosing our touch.  i have no idea how that pack of bacon stayed in there for that long.  lol.  but i'm glad it did.  my idea for my dish was coming together.  but i didn't want just plain sauteed potatoes and bacon.  i wanted seasoned potatoes!  so i threw together a bbq rub to toss the potatoes in along with the bacon and spinach.  my hubby was a tad bit nervous, wondering how it was gonna taste.  just no confidence in my behind, whatsoever!  lol.  but when he took a bite of the hash when it was done, he had to do one thing.  apologize.  🙂

the video of this recipe can be found here... 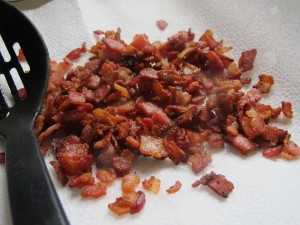 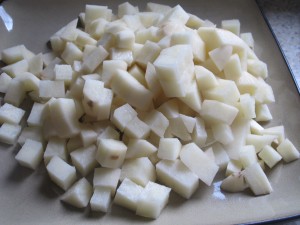 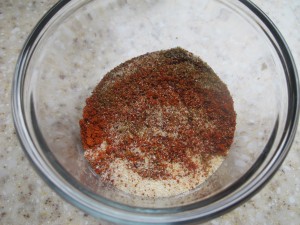 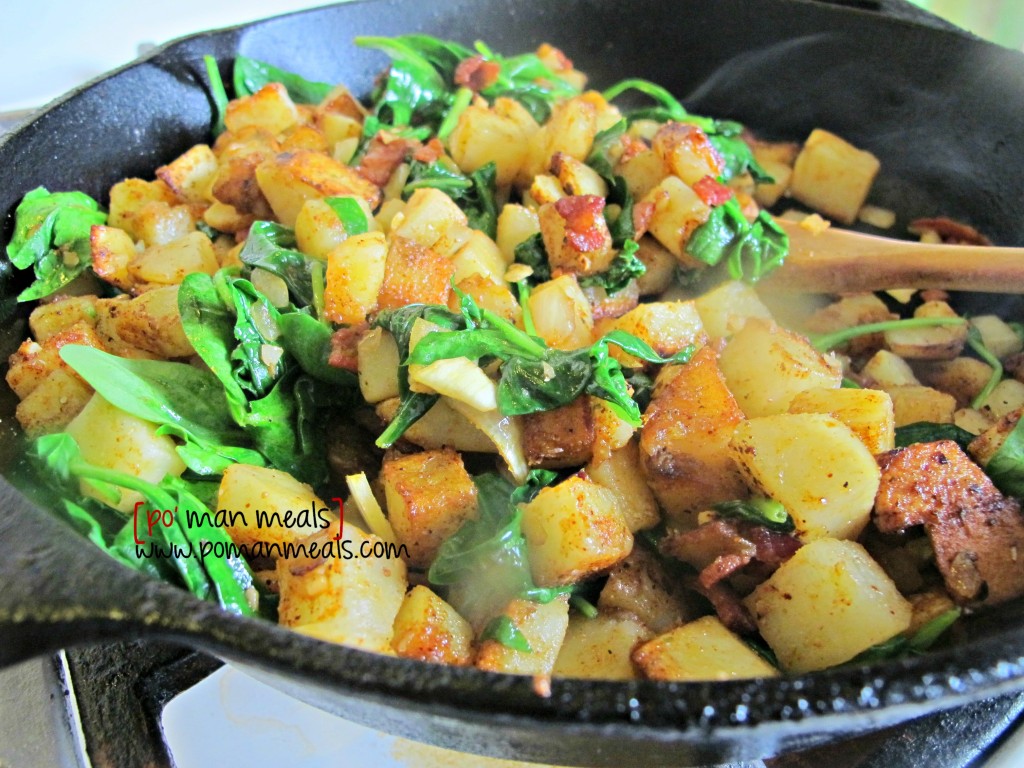