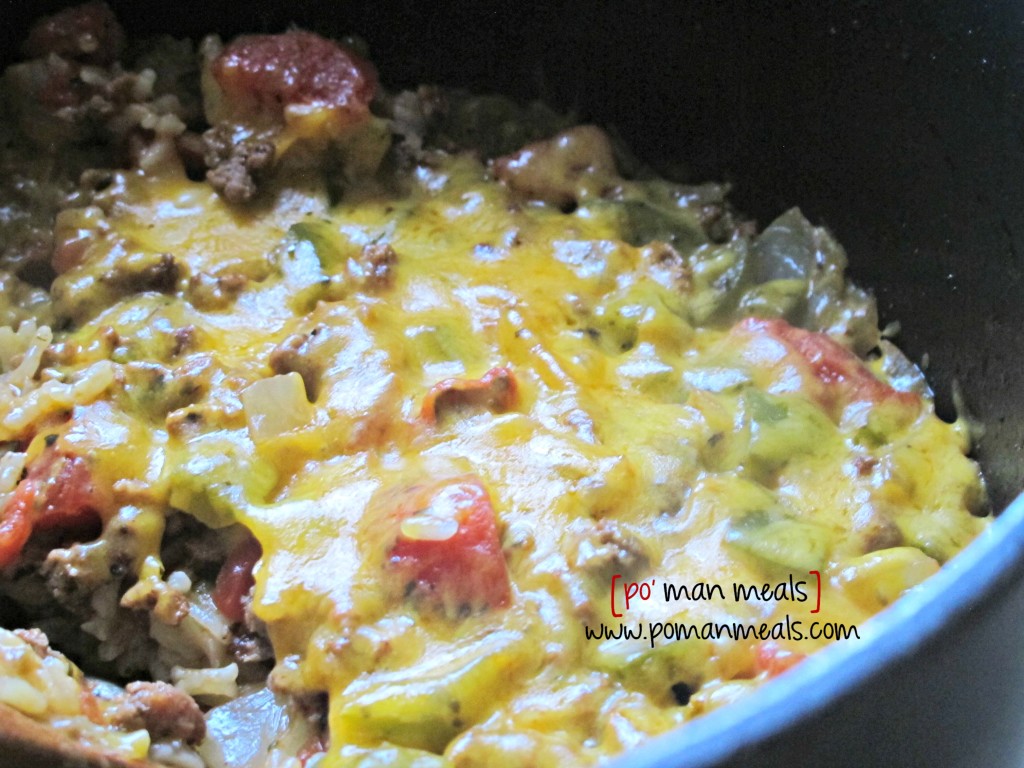 in a hurry to get prepare dinner for my kids one day, i took out a pack of ground beef to thaw.  then i had the bright idea to make stuffed peppers. i got super excited and everything!  then i opened the fridge, pulled open the veggie tray... and 3 peppers.  uh oh.  i can not make stuffed peppers for my 6 person family, with only 3 peppers!  what am i gonna do? actually, i know EXACTLY what i'm gonna do.  i'm gonna chop them suckas up and turn this into a casserole!  yes!  that's it.  so, i seasoned the meat well with a ton of aromatics, tomato sauce, chicken broth and rice. it turned out excellent.  it was super easy, very tasty and the kiddos lapped it down.  those peppers thought that they got over on me but i showed them.  🙂