warning. you will hurt yourself on these brownies. eat at your own risk!  we love some brownies in this house.  so i have a few recipes up my sleeve!  my kids also love s'mores.  well... who doesn't love s'mores?  so i had to try combining the two.  when i was testing the recipe, i made 2 batches.  even though there are 6 people living in this house, it was still way too many brownies for us.  my neighbors were out grilling on their deck, so the hubby walked some brownies over to them.  they tasted them and almost fell off of their deck!  lol.  they said those were the best brownies they had ever had.  don't know if they were just being nice, but i had the same thought.  🙂

a step by step video of how to make these brownies can be found here. 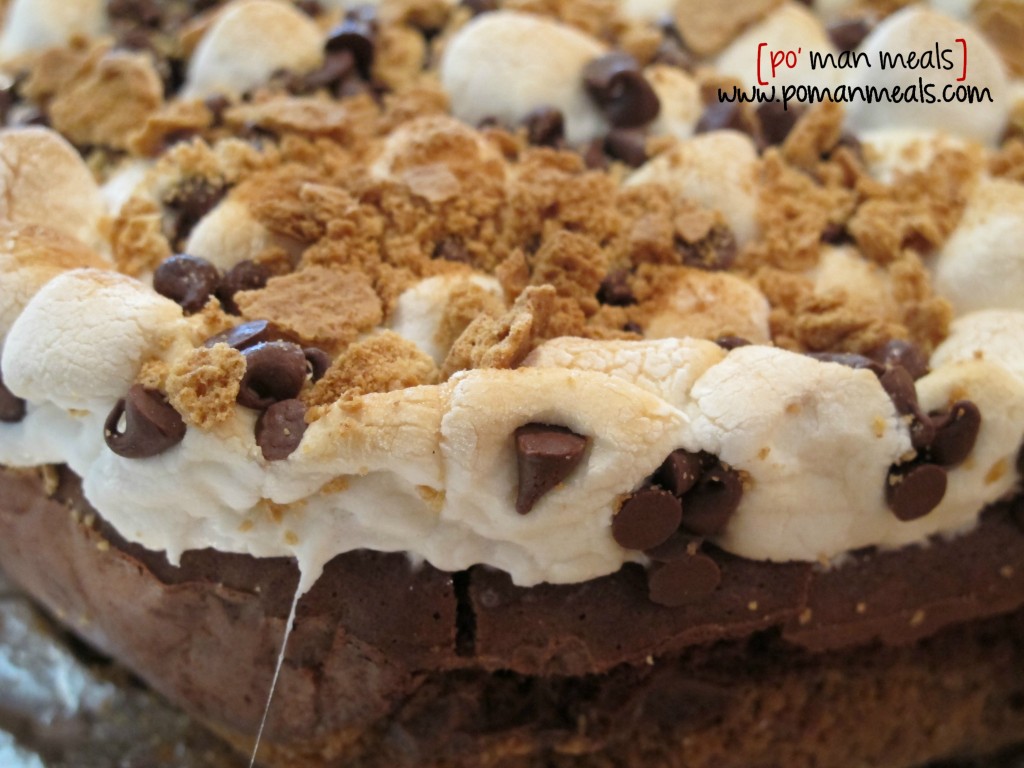