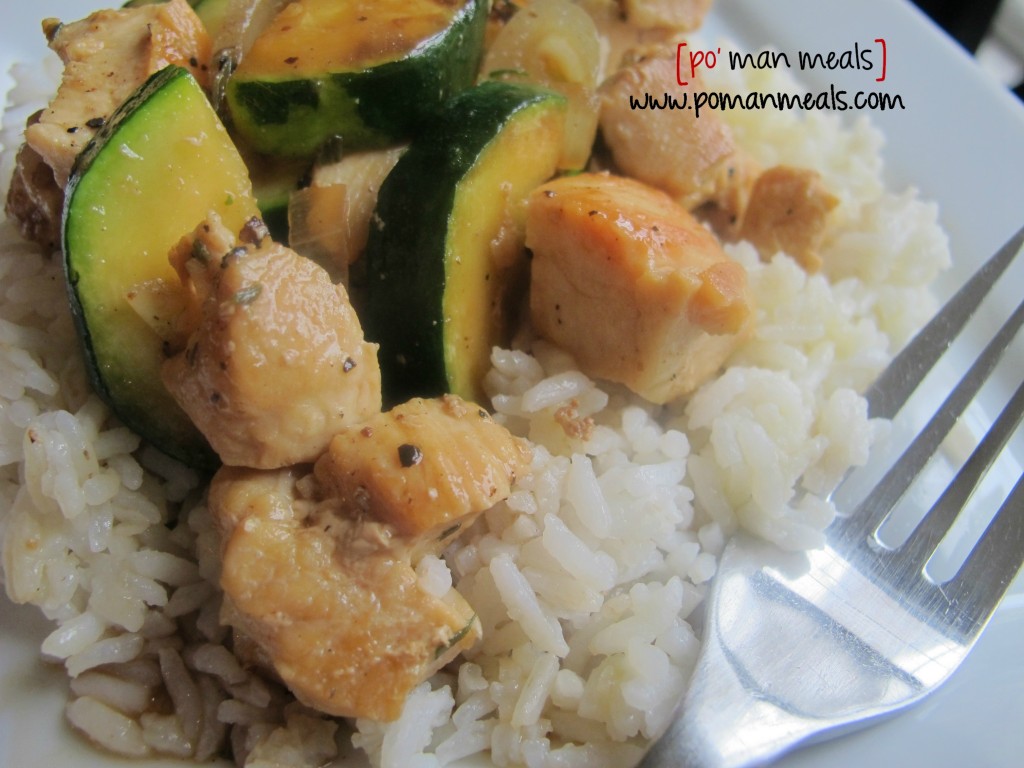 as i stated in this post, my hubby bought a large amount of zucchini and squash at the store.  i made a few batches of soup, but decided that i wanted to make a saute, to use up the remaining 2 zucchini.  my problem with zucchini is the consistency when i cook it.   zucchini will get mushy on you quick.  so in this recipe, i cut them in thick half moons.  i love the flavor of the zucchini in this recipe, because they get nice and caramelized,  which makes them taste even better.  we are talking 8 ingredients, folks!  quick, easy and tasty weeknight meal. 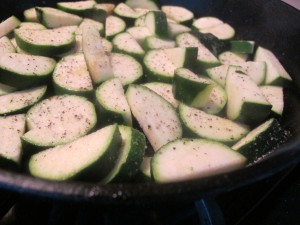 3 responses to chicken and zucchini saute’