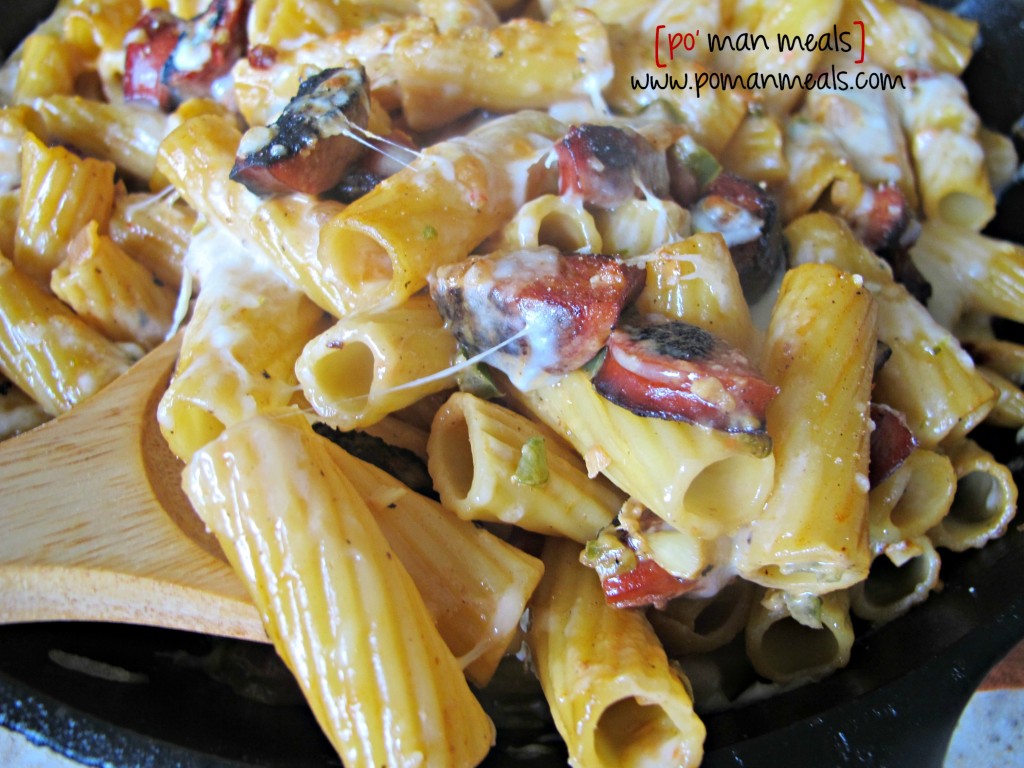 i love when my recipes are created on a fluke.  i completely forgot to take some meat out of the freezer that morning.  it was way too late to try to defrost some chicken or hamburger meat, so i thought about sausage!  it's easier to defrost in some warm water quickly.  my mind started going to work.  i had just made some chipotle chicken chili and had an open can of chipotles in the fridge.  when i went to the pantry for some pasta, all i had on hand was rigatoni.  i had a good idea of what i was gonna throw together and it worked out great.  my family loved it!  my kids kept their iced tea handy cause of the moderate heat but all asked for seconds. good looking out pantry cause you hooked this meal up!  🙂 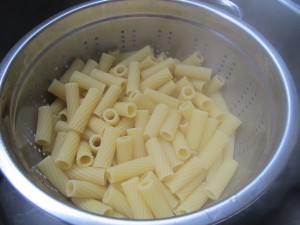 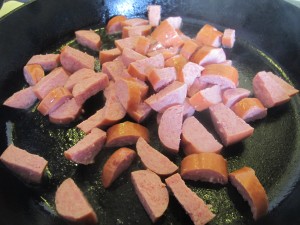 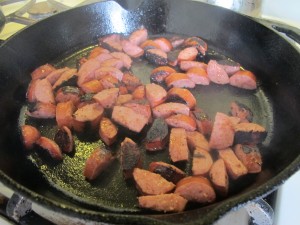 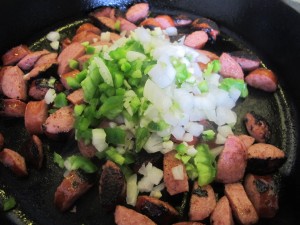 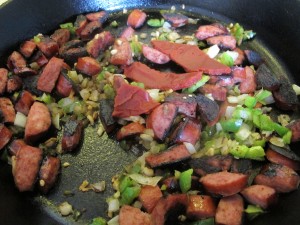 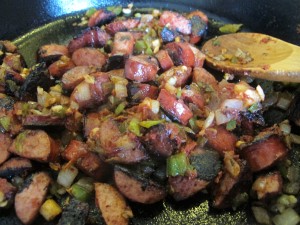 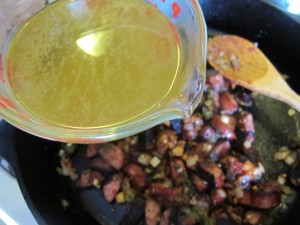 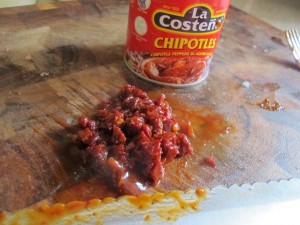 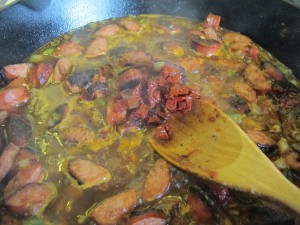 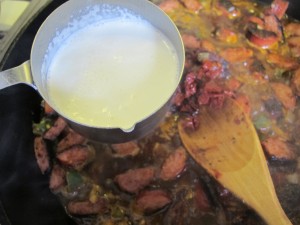 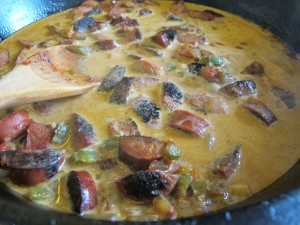 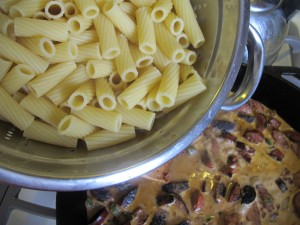 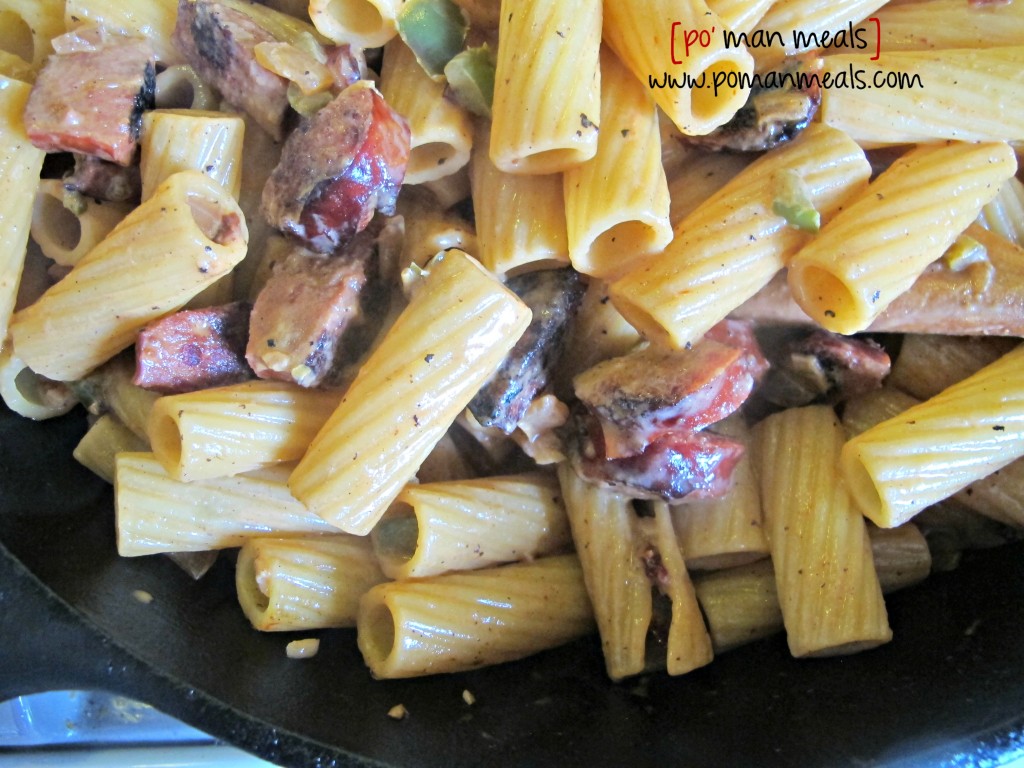 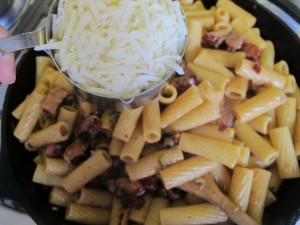 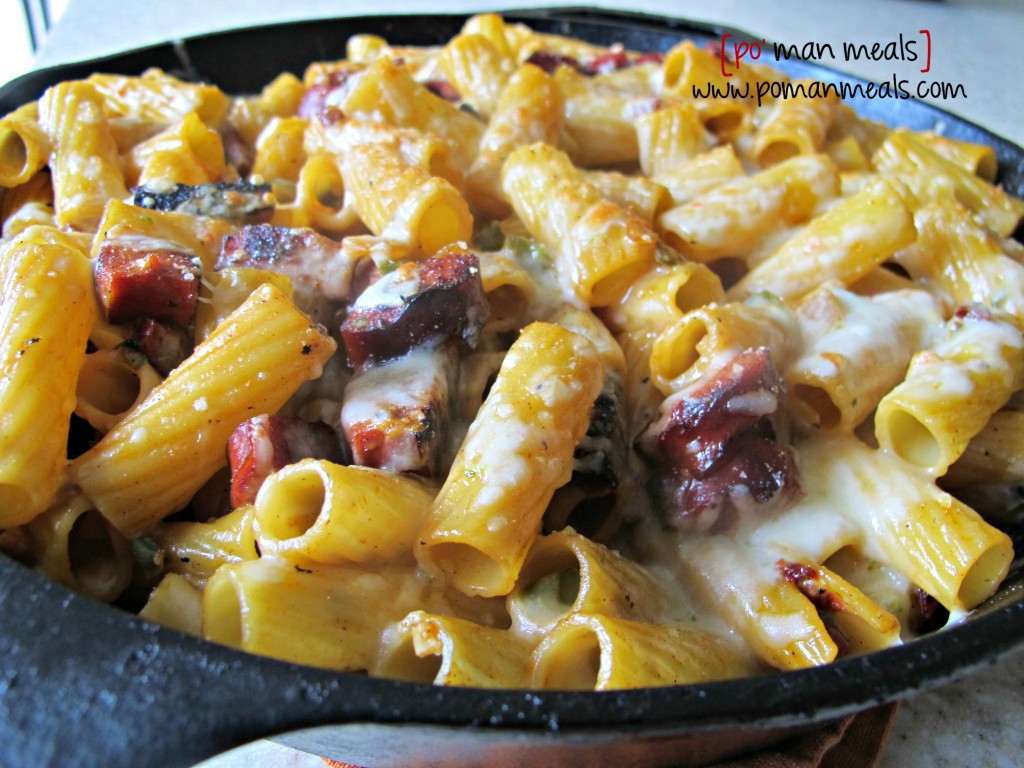 don't like it with a kick?  use less chipotle peppers or eliminate them all together. also, sub in another shredded cheese.

like it extra spicy?  use sausage with a kick, like andouille!  add in more chipotle peppers or even toss in some jalepenos.  red pepper flakes never hurt anybody either.  🙂